Who doesn’t love a Rom-Com? Of all the movie genres to watch, there’s possibly nothing better than chilling with some popcorn and your favourite romantic comedy! (For those wondering, mine is My Best Friend’s Wedding). From the retro classics to the 00s gems, there’s no shortage of brilliant films to fall in love with.

So, what makes a great rom-com? Super-quotable lines. A ‘Glow Up’ montage. And, of course, an iconic love-overcomes-all scene at the end, we still get that fuzzy feeling when Richard Gere climbs up to Julia Roberts in Pretty Women! Sure, the endings are often predictable but that’s the way we like it. To make it easier to pick from the tons of classics, here is our list of the best rom-com’s out there. Prepare to laugh and cry in equal measure.

What: After getting dumped (We’re still not over this), pink-obsessed sorority girl Elle Woods follows her ex-boyfriend to Harvard law school to try and win him back. But after winning an internship with a respected lawyer, it turns out she’s not as ditzy as everyone thinks she is, que the ‘Glow Up’. Plus, her lecturer’s assistant Emmett is a much hotter prospect.

Defining moment: Elle educating her friend on how to woo a man, using the trusty ‘bend and snap’ technique. Plus, her dog, Bruiser Woods, is an icon himself, call us when he gets his own movie or at least a mini-series! 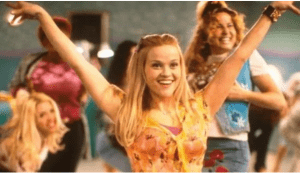 What: Jenna gets mean-girled by the popular clique at her 13th birthday party and wishes she could escape high school and be ‘thirty and flirty’ (Why she wished her youth away is beyond us). The next day she wakes up aged 29, with an amazing apartment and a job at her favourite magazine, but with no idea how she got there. When she tracks down her 13-year-old self’s BFF Matty, who’s grown into a total ten, it turns out they haven’t spoken to each other in years. She ditched him after her 13th birthday party to become the queen bee of the mean girls. You get the gist, we recommend watching this as soon as possible!

Defining moment: The 80s soundtrack is everything, and the dance routine to Thriller tops the lot. We’re currently attempting to learn this, anyone got any tips? 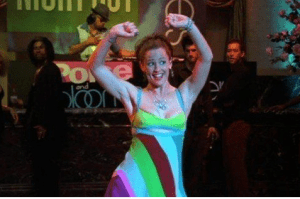 What: Like we mean, does it really require an explanation? If you have not watched Grease, then we suggest you fix this as soon as possible.

Defining Moment: The final scene at the carnival. It’s a no brainer. Wop ba-ba lu-mop and wop bam boom! 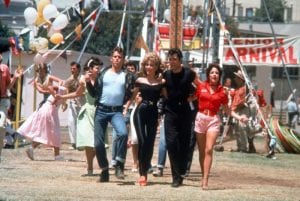 What: A chance encounter in West London between the most famous movie star on the planet, Anna, and indie bookshop owner William leads to a romance that must bear the scrutiny of the world’s media. And his eccentric friends.

Defining moment: One of the most famous love conquers all scenes in rom-com history. Having messed up with Will, Anna asks for a second chance with the ultimate line “I’m just a girl, standing in front of a boy, asking him to love her”. Couple Goals!

What: You either love this movie or hate it, but either way, it’s a classic. There are nine-story threads, all relationship-based, that evolve over the festive season. The Prime Minister is falling for his tea girl, Mark is in love with his best friend’s wife, Juliet, and Harry is cheating on his wife Karen with a younger woman. 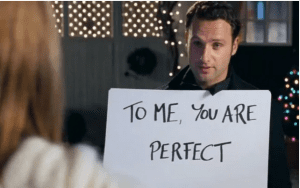 So that’s our top must-watch rom-coms but these are just the classics! Having sadly fallen out of fashion in 2010, we feared we’d never see another tear-jerker again. Enter Netflix. Since the launch of Netflix, we’ve seen a revival with films like ‘Always Be My Maybe’ and ‘Kissing Booth’ now inspiring Hollywood to start making rom-com again! Fingers crossed that Legally Blonde 3 finally drops this year!

Why is winter the best time of the year? Indulgence, bubbles galore, sweet temptations, and because the smell...

The Lockdown Wedding Inspiration You Didn’t Know You Needed

Couples across the country have had to adapt to varying restrictions, meaning creativity has been key to maste...

With Father's Day closing in at a rapid pace (it's this Sunday!), now's the time to cross the t's and dot the ...